Nearly 30 years ago, Paul Woods invented the Direct to Ethanol technology that his company, Algenol Biofuels, utilizes today to produce ethanol from blue-green algae at its state-of-the-art commercial development campus in Fort Myers, Fla. Algenol’s patented process uses an enclosed photobioreactor (PBR) system to cultivate enhanced blue-green algae and collect ethanol that is secreted from each tiny cell without having to harvest or kill the prolific organisms. 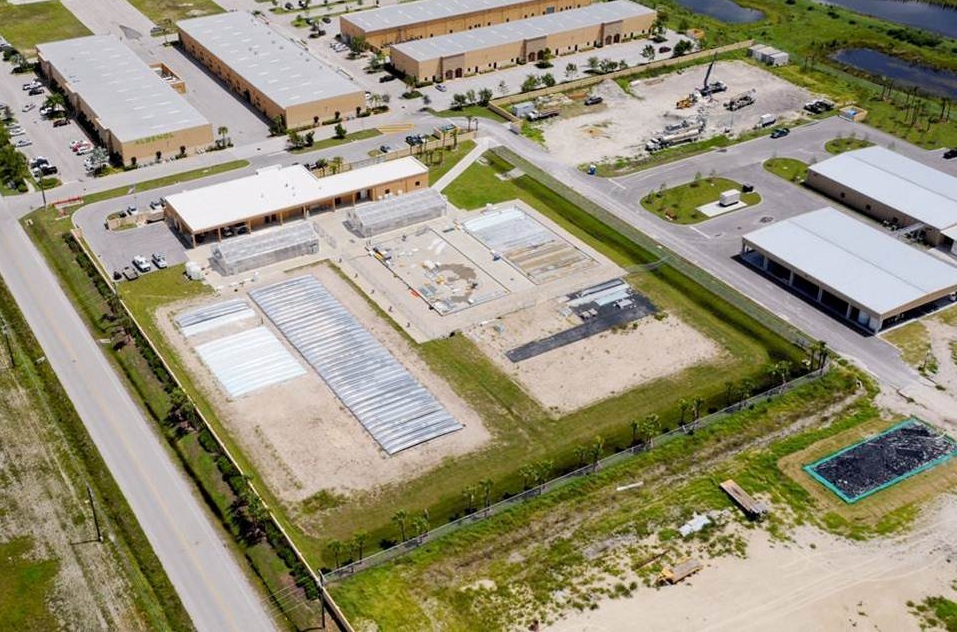 Algenol is expanding its campus in Fort Myers, Fla.

The company has made significant progress in demonstrating the success of its production process. The company’s target since its inception in 2006 has been to produce 6,000 gallons of ethanol per acre year for $1 per gallon. (By comparison, corn ethanol yields approximately 400 gallons per acre year.) Efficiencies of the company’s PBR systems, which employ sunlight to power ethanol production, separation, and collection, have already helped Algenol exceed its goals. The company announced last month that it has demonstrated production rates of more than 8,000 gallons of ethanol per acre per year at its Process Development Unit.

In 2012, Algenol also incorporated conversion technologies to produce diesel and jet fuel from the waste biomass. A life-cycle analysis of the overall process shows more than 80 percent less carbon emissions as compared to regular gasoline.

The company has also made tremendous progress in the build-out of a pilot-scale integrated biorefinery. In October 2011, Algenol announced that it broke ground on its biorefinery, a 36-acre project adjacent to the 4-acre Process Development Unit and research laboratories where the company employs more than 120 individuals, including more than 50 with advanced degrees. Algenol recently finished major construction activities at the biorefinery and initial operations will begin in the first quarter of 2013. Subsequent build-out of the facility will be conducted in phases to meet the goal of producing 100,000 gallons per year, demonstrating the commercial viability of the technology.

In addition to private financing of more than $160 million, the company received a $25 million U.S. Department of Energy grant and a $10 million economic development incentive award from Lee County, Fla., to help support Algenol’s activities. In early 2012, the biorefinery project was delayed as a result of ambiguous and poorly-vetted state legislation that created regulatory uncertainty for algae-based technologies. Following dialogue with the Florida Department of Agriculture and Consumer Services, an exemption was created to provide regulatory certainty to algae facilities that comply with Florida’s aquaculture Best Management Practices. Algenol has operated facilities in accordance with the Best Management Practices since 2007 and has collaborated with the Florida Division of Aquaculture to repeatedly demonstrate the environmental safety of Direct to Ethanol technology.

“I need to know the rules before I commit to build a facility, and then I need the rules to continue for the life of the plant,” says Woods, Algenol’s founder, chairman, and CEO.

Algenol met its 2011 and 2012 employment goal of 100 workers. Today, the Florida facility employs more than 120 full-time workers with additional positions still to be filled in 2013. Algenol is moving full steam ahead to optimize its technology and collaborate with landowners, regulators, policymakers, and community leaders to ensure the company can continue to grow in Florida.

In 2013, the company will be focused on demonstrating commercially viable operations at its biorefinery and identifying sites to build commercial facilities, each with the potential to create 2,000 to 4,000 full-time jobs – all of which could be a boon for Florida’s economy.